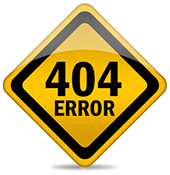 Benevolence Begins With Oneself (Part 1 of 2)

On one occasion, Confucius' students were having a discussion. Some students talked agitatedly, using strong language and dramatic facial expression. Zizhang said, "When discussing an issue, Confucius set an example. When our teacher talks, he speaks slowly, gently, and firmly. His mannerism is firm and respectful. He listens quietly until he understands what the other person is saying, then he expresses his opinion cautiously and calmly. He puts himself in other people's shoes, and is modest and polite. His ideas are excellent and conform to established social etiquette. He is broad-minded and tolerant of others. Because he practices what he preaches, he is able to spread his ideas on morality and justice. When discussing an issue, those with deficient moral character tend to be opinionated and conceited, and like to dwell on others' mistakes. When they speak, they often stare and shoot out words rapidly and glibly. They speak with emotion and not rationality, and their attitude is stubborn. This is not the way a virtuous person speaks. We should learn from Confucius."